We spent the morning at the Chuy's/Children Giving to Children/Blue Santa Parade. True, it may have the worst name ever in parade history, but it is also the greatest of all parades. For several reasons. One, it happens in Austin. Which is always cool. Two, the kids who attend the parade donate toys to the local Blue Santa program that is sponsored by our Police/Fire/EMS Departments. The toys are given to kids all over the area who otherwise might have nothing else to open on Christmas morning. And three, it is the one day a year that the kids can count on dad waking up way early. But really, it is about the balloons. This is the only parade all year that they use the big character balloons.

This year I hit downtown before 7am (several hours later that years past), but it was only 33 degrees out there, so I was confident that the crowd would be slow to form this year. And I was right! We still got our preferred viewing spot.

I loaded up the netbook and the cell phone, so I kept entertained with random Facebook posts and watching Groundhog Day on Netflix streaming, thanks to the wifi from the Starbucks across the street. The wait was a lot shorter this year, but much colder, so I would rate this as the toughest year yet. 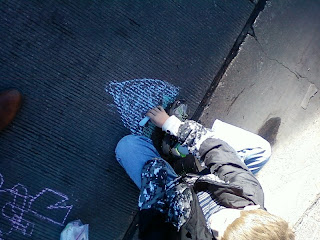 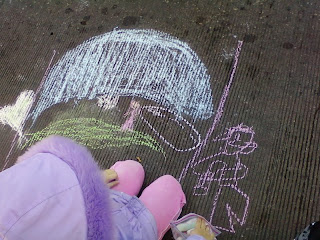 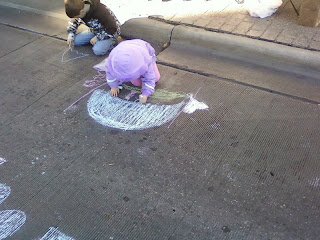 Knowing that there are sometimes 100,000 people at this parade, I go downtown early and camp out on OUR spot. But we are always prepared for some fun while we wait. Last year the kids and I geocached downtown. This year it was chalk art in the street. 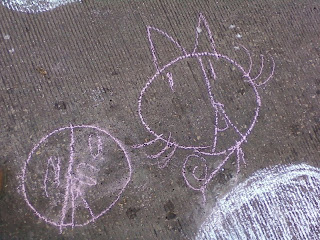 The Princess was proud of this drawing, her "Peace Sign Kitty" 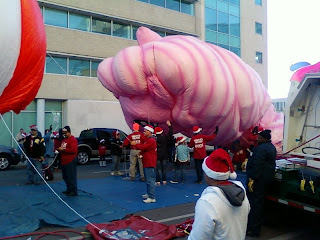 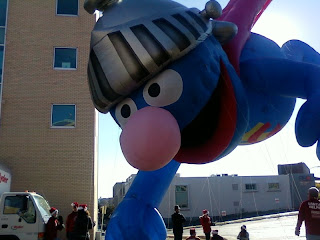 The kids and I always stroll over to watch the crews blow up the balloons. This year they had Super Grover, King Prawn (?), The Grinch and the Coca-Cola Bear. The Princess was thrilled to see them inflating a My Little Pony balloon, but something must have happened with that one, it never made the trip down the parade route. 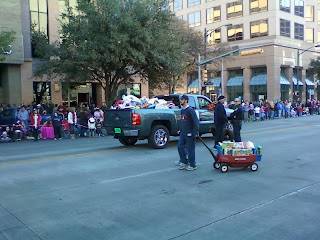 The pickup trucks stop at the end of the parade and the kids rush out to load them up with the donated toys. 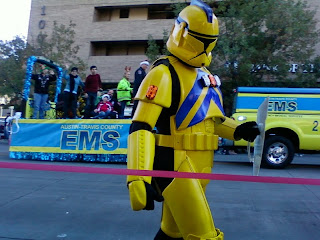 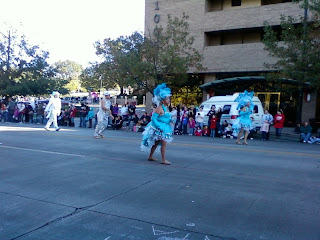 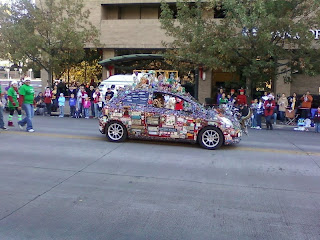 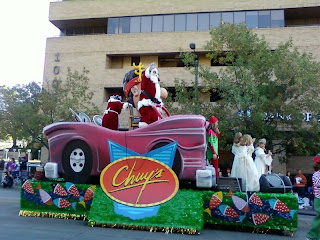 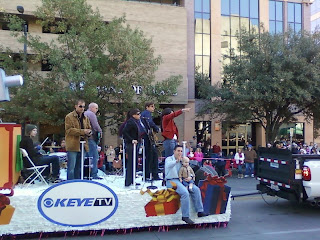 Joe McDermott and his band. He is a local kids entertainer who the kids and I have stalked followed since they were babies. 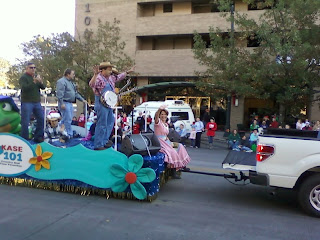 The Biscuit Brothers and Buttermilk. From the PBS Show filmed right here in Cap City. 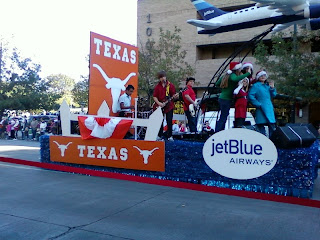 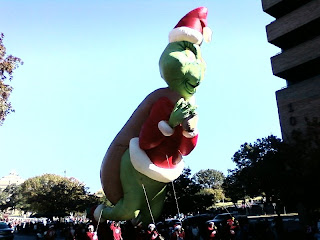 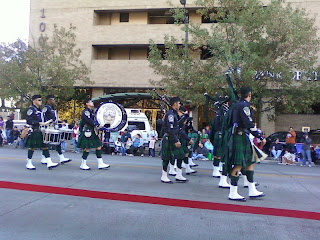 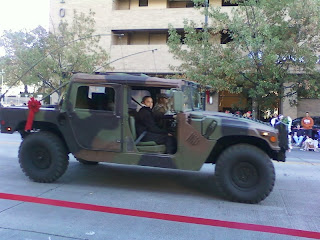 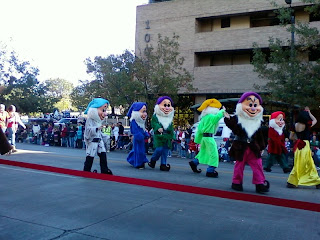 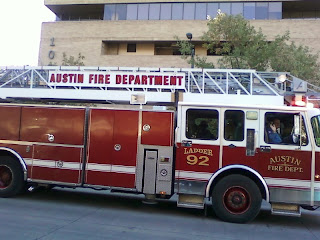 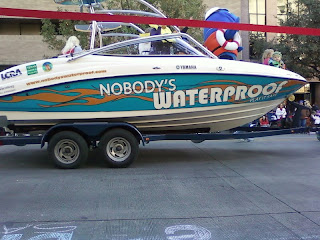 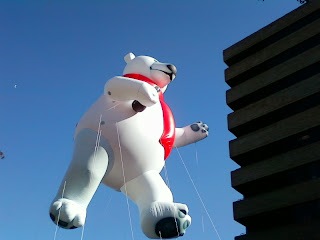 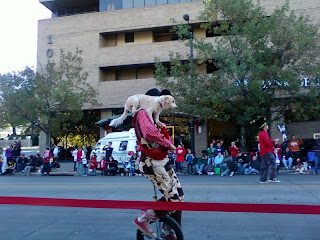 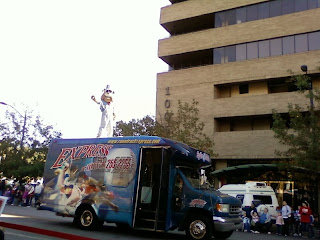 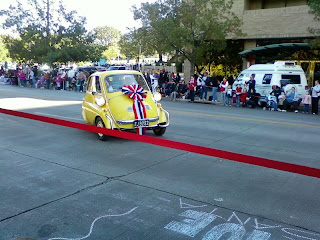 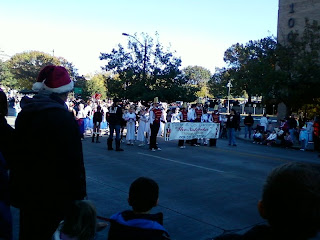 I'll admit, when I saw the weather report, I was not thrilled about sitting in a camp chair, freezing my fat butt off, just so the kids could see some parade. But at the last minute I decided to head downtown and park my blanket-wrapped carcass. The kids will be too grown up for all of this nonsense too soon so when the kids and The Boss showed up (with doughnuts, sausage kolaches and Dr Pepper) and they were bouncing around with excitement, then I was glad that we had continued this family tradition once more.
Posted by Mike at 11/27/2010 01:32:00 PM

It must be something to do with the age, because our #5 of 5 (same age as The Princess) is so into drawing the peace symbol too! Just today she drew me a landscape of multi-colored peace symbols!!