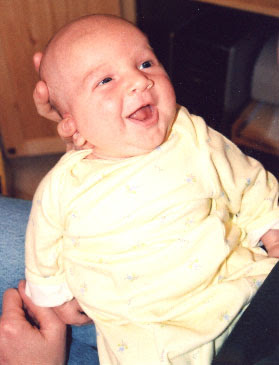 The Talker is now 8 years old. And he says it has been a great birthday, maybe even "the best ever"!

We are bypassing the big birthday party extravaganzas for the kids this year, in favor of smaller, more family focused (meaning cheaper!) events. Besides that, I turn 40 this year and I want to have the cool party!

Last night The Talker picked the dinner venue and he got to take one of his best buddies. The Talker chose to have his birthday dinner at our favorite steakhouse. That's my boy! We celebrated a day early since the boy's basketball team practices on Wednesday evenings and The Talker could not be dissuaded from attending practice. 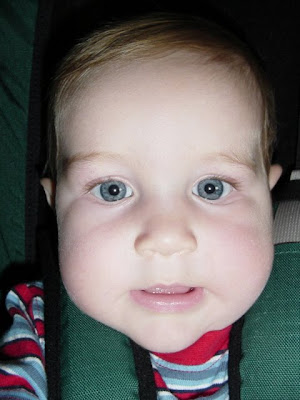 This morning, before school, he got to open one gift. The Boss Lady, little sister and I picked out a Dallas Cowboys football set for his gift from the family. The Talker loves to play pretend football games in the backyard. He dresses in all of his gear, runs plays, scream and yells and even keeps score.

The Talker has several team jerseys and t-shirts, but so far his only football helmet has been from a Houston Texans play set that he has had for a couple of years. Now he can dress like a real winner! Ironically, I ordered the set from Meijer, who does not even have a store in Texas as far as I know, for $20 less than I could pick the same gear up locally.

Today at lunchtime I visited the kids at school, celebratory chocolate covered donuts in hand. Then for dinner I whipped up one of the kid's favorite meals, pork chops, mashed taters and green beans. OK, the kids could do without the green beans. The Boss Lady made an awesome birthday cake and we chowed down after basketball practice.

Considering we started this party at dinnertime yesterday and things are just now winding down, 28 hours later, I think The Talker's 8th birthday will be one for his memory book! 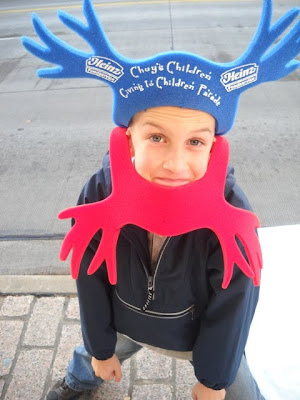 Sending HAPPY BIRTHDAY WISHES to the Talker from Minnesota!!!

Such a young man!!