Field trip wrap up and news catch up

Sorry if you have been suffering through AHD withdrawal. Life has been crazy. The kids have been doing well in school, The Boss still loves her new job and for a guy without a job, I seem to stay pretty dang busy.

I went with The Princess' class on a field trip to the Austin Nature and Science Center. The kids had a lot of fun digging in the dino pit and then we ate lunch at Zilker Park. Zilker is the crown jewel of Austin's park system and one of the greatest city parks in the state. It always amazes me when I am there with a new bunch of local kids that many of them have never been to play in Zilker Park.

The Talker won for his grade division in the school science fair, with a project investigating probability. The probability that dad helped with that project? Not very likely, since I couldn't figure out the math involved. For his strong effort, the boy gets to display his project at the city-wide Science Fair in March 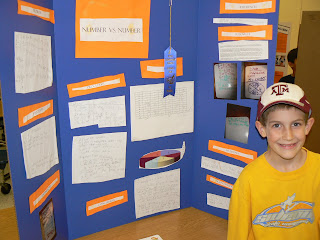 The Princess won a second place ribbon. Kindergartners are not allowed to compete in the city-wide event, but she had tons of fun exploring how to make different colors by mixing watered down food coloring samples. 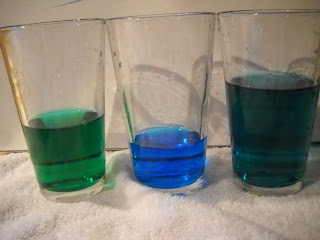 The Princess is preparing to make her athletic debut in a few weeks. She will be playing in a girls only Kickball league. Northwest Austin Kickball has a great history in the area and I am glad the we are getting in on the game this year. Of course, my attitude may change a little later in the season - I was just begged coerced bribed recruited asked to be the team's head coach. So long as they don't give a team full of Kickball veterans I should be OK. I have coached enough kid's soccer and Special Olympics bocce to know a little about what I am getting into.

Spring is almost here. And I have been getting geared up for some full on veggie gardening. The chicken coop has been sitting in the middle of my garden plot since October. I moved the coop today it's Spring location. And the extra "fertilizer" the chickens have added to the ground and all of the rain we have had lately means that my dirt is good to go. And good dirt is the biggest part of a good garden. Happy soil=happy veggies!

Our computer has been dying for several months. It is four years old, and we use the heck out it so I am not surprised. Still, we are so dependent on having a computer now that I have been trying to keep it limping along. A few days ago I finally picked up the first part of the replacement for our desktop machine. I bought a Gateway netbook (I saved almost $50 since I was willing to take buy the red one instead of the identical machine in a black case!) and have been moving all of our important documents (and music) over to an external backup drive. In a few days we will be reformatting the old tower and if we can get it to run smoothly enough, then it will become the kid's computer. (Isn't that like Purgatory for a computer?) After we get all of that set up then we will be buying another new machine to be our main family computer. For the first time ever I am seriously considering using a laptop as our #1 machine.

And that, ladies and gentlemen, gets you up to speed with all of the goings-on around here. Aren't you glad you made the effort to stop by?

We are about a "tax return" away from doing the EXACT same thing... (replacing our dying 5 year old computer).

I wanted to do the same sort of thing... (Move necessary files, wipe the hard drive and reinstall XP from start) and turning it into the kids machine (and my Ron & Fez recorder - I have an FM/TV tuner with scheduling software that records FM broadcasts into mp3 - so I can listen to the radio show later). The hardware/software is not Windows 7 compliant, and I have yet to see a Windows 7 equivalent product)

AWESOME JOB TALKER!!! Best of luck to you in the city-wide fair!!