It just could not get any more sad

No this isn't about the much talked about job in my future...

It is ANOTHER post about the cable company, though.


So I go outside once the crew leaves to see what kind of mess they have left me with. And considering that the trench they dug ENTIRELY by hand was deep enough that grown men were standing inside the trench to bust out the biggest rocks, it looks pretty good. 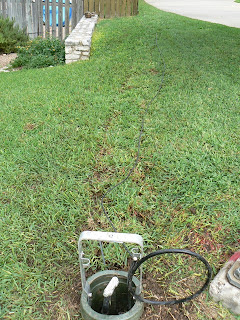 Job well done. Or not. What the hell? After all the digging and busting rocks, the freaking cable is STILL laying in the grass. Evidently these guys aren't allowed to bury the cable, they just dig and bury a conduit, so that a cable guy can come back in six or seven months and put the damn cable in the hole in the ground. 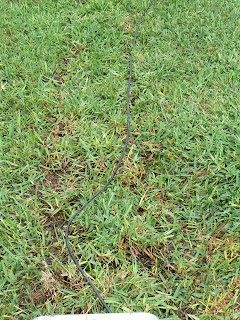 People, I can't say this strongly enough. If you own stock in the local cable company, divest. Jump ship. SELL! Take a loss but get out, NOW!

Ok, this is so stupid that I read it 5 times to understand. You're telling us that a crew FINALLY came to put the cable in the ground and they only put conduit in the ground so some other mentally challenged folks can put the cable in the conduit? I can't even believe it. Are you fuming? And, they are lucky that the Big White Dog did not chew their cable already. My aunt's maltese (Wally) has a chewing problem. He would've ate that shit a long time ago!

You got it. Until the cable co sends it's own flunkies out for the 5th time, the cable stays in the grass.

The Big White Dog could care less. But I did catch The Princess chewing on the cable a month or so back.

That is when I finally threw the damn thing over the fence and put it in the neighbor's yard.

Of course, I accidentally shorted out her modem when I disconnected the line. The guys replaced her modem without ever touching the line again.

You have got to be kidding me...
So maybe by the time you finish mowing the yard for the year, the cable will be in its proper place..

I think I have FINALLY given up. The cable will be buried when it happens. And they will get access to our yard when they happen to catch me at home.

That's just plain rediculous but they know how to stretch it out into job security. LOL

The people they hire to do the work just don't know what they're doing. You should do a post on how hard these guys are to get on the phone.