Instead of reporting each move of our vacation, I think I'll highlight the best parts of each park:

We spent our fist morning, and part of every other day, in The Magic Kingdom. We started off with the classic Disney rides, it's a small world, Dumbo, the spinning teacups and the Indy race cars. Pretty much we covered Fantasyland the first morning. The kids were amazed by everything and loved every ride. We did skip a few, like Sleeping Beauty's scary dream ride. No reason to make our kids unhappy. 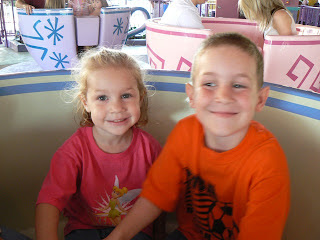 The favorites from Fantasyland? Peter Pan, Winnie the Pooh and the 3d show, Philhar-Magic. We hit all of these and most of Fantasyland at least two times on our trip.

We cruised over to Buzz Lightyear's Space Ranger Spin, the one thing that The Talker had wanted to ride since he saw a picture of in in one of our guidebooks. When we got there to ride with our Fast Pass, we were a few minutes early. So we were hanging around hoping the line guard would just let us slip in. No dice.

As our time arrived, we hopped into the line and realized that my brother and his family, who we were supposed to catch up with later that evening, were two groups behind us. The Talker had a ball getting to ride Buzz Lightyear with Uncle Bro. We realized that we would be coming back to Buzz very often. And we did. The Talker rode Buzz's Spin at least two times every day except one. 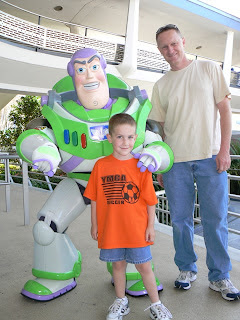 On the following days we came back to The Magic Kingdom and hit most of the other rides that the kids would like. Including many repeats from the first day. We missed out on a few attractions, but that just gives us a reason to return next year, right?

Our best time at the Magic Kingdom has to be Friday morning. The crowds were late to arrive, and we rode at least 6 things before waiting in any lines! Once the crowds got there, we rode Buzz's Spin one last time and headed toward the gate by way of lots of souvenir shopping. It was a great way to finish up an awesome trip. 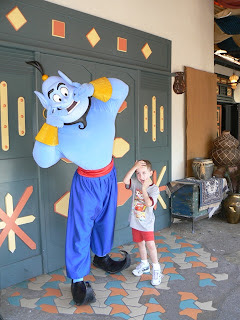 Video Note- Boys will be boys!! At least until some hot babe walks by.... Guys are sooo predictable!!